← more from
Tru Thoughts
Get fresh music recommendations delivered to your inbox every Friday. 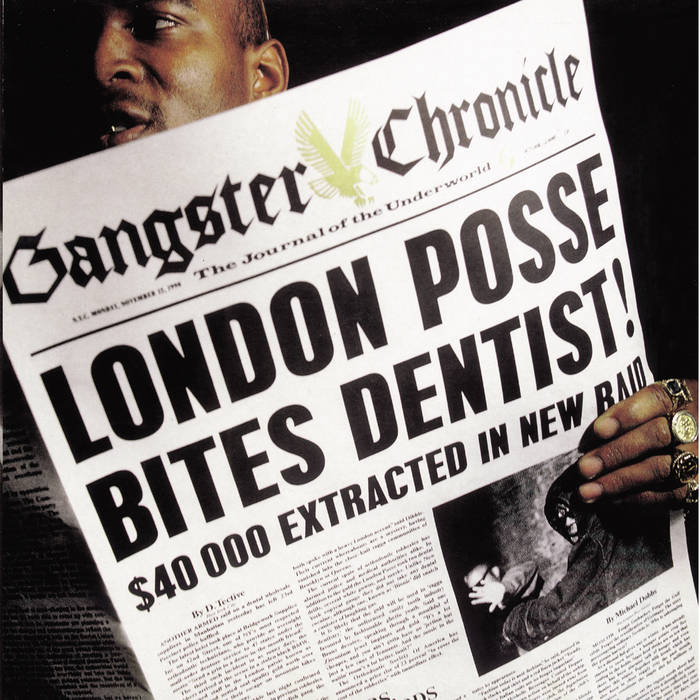 Haz:Mat this is THE definitive UK hip hop album for me. it all started with this.

Muhammad legends of UK Hip Hop...it all started with London Posse...great album with classics and great remixes...Rodney P still doing cutting edge sounds, and one of the best on the mic anywhere.

Bobo On The Corner

To announce the project, a new Mini-Documentary has been launched on our YouTube channel www.youtube.com/watch?v=dq-a-9jTyOE; a whirlwind trip through the archives, it charts the wit and grit, the rise and influence of MCs Rodney P and Bionic and their London Posse as they rewrote the hip hop rule book. With 1000s of views already, this offbeat and entertaining clip has been blogged on Mixmag, Suspect Packages and beyond; and the announcement has stirred up a slew of press interest in the release, with early confirmed coverage including MOJO and Uncut.

‘Gangster Chronicles: The Definitive Collection’ is preceded by the “Money Mad” single; the track regarded by many as the finest UK rap single of all time, “Money Mad” gains another chance to shine here, 25 years on, alongside new track “Future No.1” and the Wrongtom and Drumagick remixes. Tastemaker props have come from the likes of DJ Yoda, Mark Pritchard (Warp), Mr Thing, Disorda (Suspect Packages) and Alexander Nut (Rinse FM), and the deep love in evidence for the classic tune is accompanied by rapturous reactions to the new material and this opportunity to explore the London Posse phenomenon afresh.

Since his days in the seminal UK hip hop group London Posse, Rodney P has been widely regarded as the Godfather of British hip hop. Inspiring a whole generation of British emcees and producers by being the first to rap in his authentic London accent, he produced a homegrown hip hop/reggae vibe that is distinctly rooted in the UK. ... more

Bandcamp Daily  your guide to the world of Bandcamp